After the accused has been charged they will receive a date to appear before the court to answer the charge. At the first court date, the accused will be asked whether they plead guilty or not guilty.

If the plea is 'not guilty', there will be a hearing. The magistrate will adjourn the matter – usually for six weeks – so the police can serve the prosecution and defence with a copy of the evidence in the case. The evidence, called a ‘brief’, will usually include victim and witness statements, results of forensic tests, such as blood alcohol tests, and, if relevant, photos or maps of the scene of the incident.

The next time the matter is before the court, the magistrate will set the hearing date. However, it is important to know that this date could change as Local Court hearings are often delayed or adjourned. Reasons for this include witnesses not being available; courts not being available; the accused not having a lawyer, or changing their lawyer; the accused needing to be assessed by a psychiatrist or a psychologist; or the police or ODPP waiting on crucial evidence. The ODPP will let you know if we find out that a hearing date or time has changed.

If the plea is 'guilty' the matter will proceed to sentence (see Local Court sentencing).

Domestic violence matters have a different timetable, so they can be dealt with quickly. The accused has to be served with a ‘mini-brief’ soon after being charged and will be asked to plead the first time they appear in court. If they plead ‘not guilty’ the hearing date is set.  If the plea is ‘guilty’, the magistrate will usually begin the sentencing process straight away.

Local Court criminal hearings follow the same path as trials in the District or Supreme Court, but there is no jury.

The main steps are: 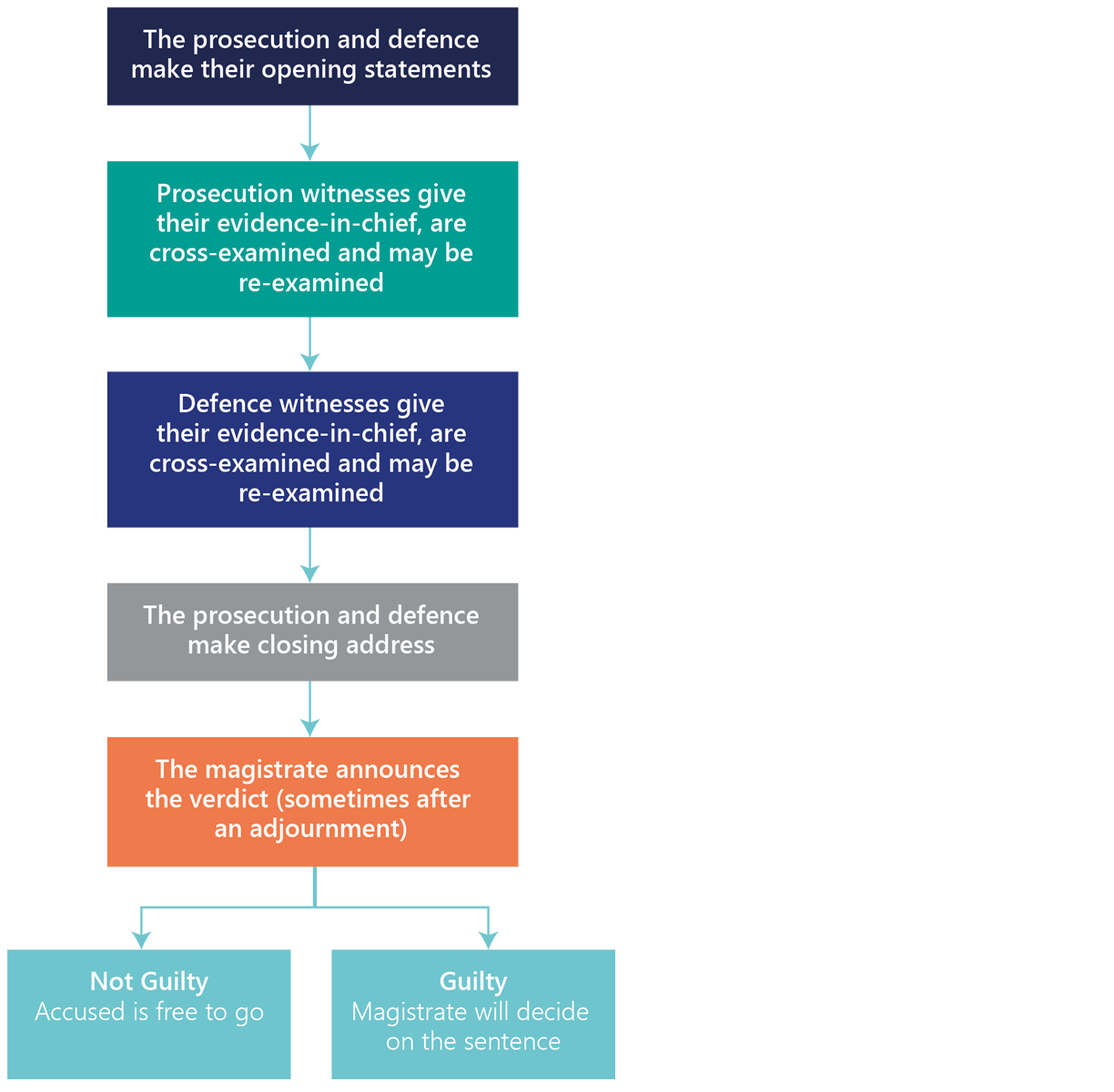